FUEL Brand Ambassador ended what was a tough year both on and off the track, with winning his 3rd British Touring Car Championship and joins an elite group of now 7 champions with only Andy Rouse having won more (4 Titles).

Colin Turkington took a 34-point advantage into the final weekend racing at the Brands Hatch circuit, for rounds 28, 29 and 30, knowing that over the course of a race weekend and 3 races, anything could, and often does, happen! Colin was so aware, that although it was pretty much down to a 3 way chase at the start of the day, that a number of his fellow competitors, had other reasons to sign off the season on a high. There was also other titles, both individual and team, to be won and lost, not to mention making an impression on team managers, for drivers seats next season.

Having qualified for the first grid of the day, ahead of his nearest rival on Saturday evening, Colin completed the first race on Sunday and extended his lead by two points and all was going to plan. In the second race of the day, with a change of tyre and the removal of Championship race ballast, the situation was a lot different. To heighten the level of tension even more in the Team BMW garage, where the Directors of FUEL watched on with the team sponsors, Colin was forced off the track and onto the gravel. Colin managed to take the car up and over the gravel, in what seemed an eternity and returned to the circuit for a nail-biting finish.

The only other driver that could take this 3rd title away from Colin now, was “Speedworks” Tom Ingram in his Toyota Avensis who had been quick all year. As the cars crossed the finishing line at the end of the race, Ingram had race well but fallen short of the points he needed, to take the title race to the final round. Colin, who had been the most consistent at gathering championship points throughout the season, was confirmed as BTCC Champion for the third time, with one race still to go.

Directors Paul Trouton, Steve Boyes and Joe Walsh joined Team BMW and the other Sponsors of both Colin and the team, in celebrating Colin’s Championship win and could now relax and enjoy the remainder of the days racing. 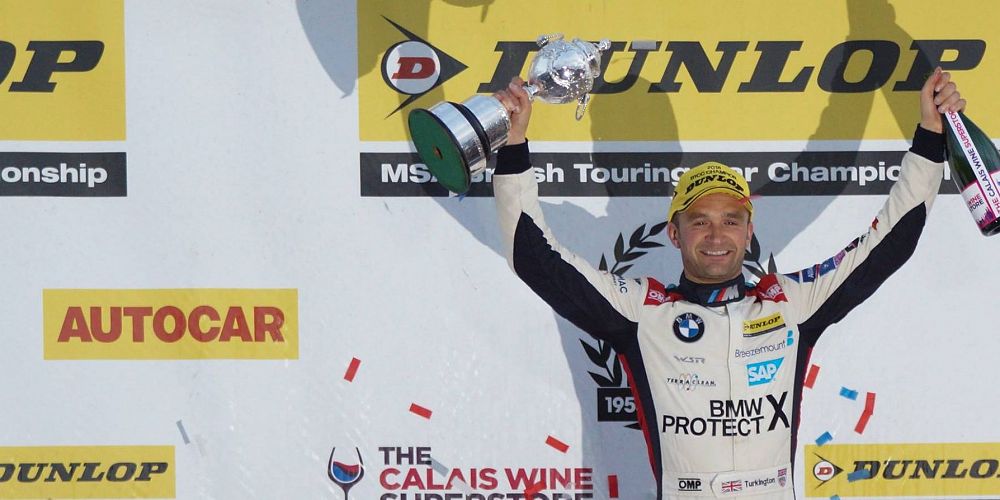