Aecentus is a high tech, specialist mechanical engineering consultancy with offices in an idyllic rural setting in the County Tyrone countryside. Yet, as a result of the digital world we now live in, engages with some of the most technically advanced manufacturing plants far beyond the shores of this country. From state of the art bus manufacturers to multi-national airline builders, when it comes to engineering finite element analysis, Aecentus is becoming more and more recognised as the consultancy of choice.

Aecentus has built up a reputation for expertise in their field of mechanical analysis over a number of years and are determined to be the company that many of Europe’s top engineers have at the top of the list for Engineering Consultancy, from simple components to complex multi-body welded structures.

A few months back, Stephen Anderson – MD of Aecentus contacted FUEL regarding the building of a High Performance computer. At first Paul Trouton – CEO of FUEL found the conversation interesting and he is often known in the country’s IT fraternity as a hardware geek! Taking hours upon hours out of his busy schedule on a weekly basis to keep his own knowledge base up-to-date with all the latest and cutting edge developments in the world of IT.

As the conversation lengthened it was clear that FUEL, under the guidance of their CEO had the possibility of building the most powerful PC the 25 year history of the company.

Aecentus test various aspects of engineering structures for the likes of the Transport Industry, Aerospace Industry being just a few. Some of these structures can take virtually weeks, to fully analyse a single aspect of one simple part, because of the mathematical calculations that have to take place and hence the computing power required.

Having the ability to reduce this time span of weeks into days, is of great financial benefit to both Aecentus and its clients. However, one of the major aspects of increasing the processing power of Aecentus, is the ability for this small, yet massively specialised company, to be able to “go after” much more complex contracts, with even larger global engineering giants.

With the specification for Aecentus super computer now recommended and agreed, it was now down to price and the specialist and rare ability, to build such a cutting edge workstation. In the end, Stephen was happy to invest in the project and Paul was delighted and confident to build it!

The hand built computer included two 8 Core Broadwell Xeon CPUs, 256GB DDR4 Ram, MVMe drives and a tailored water cooling build.  At the time of its completion in October 2016 the FUEL workstation achieved a CPU-Z validated global multi-thread score of 21,728.  To put this into perspective, at the time, 2nd place held a score of 8719.  Today (January 2018) the FUEL workstation is still No1 globally, although the competition has got closer with a score of 15,695.  It is still the fastest computer in its category according to CPU-Z.

Aecentus has a reputation for producing high quality, detailed analysis reports for its clients. It is therefore no surprise that Aecentus turned to FUEL – High Performance IT for its cutting edge IT requirements to expand its business in a specialist high performance industry. 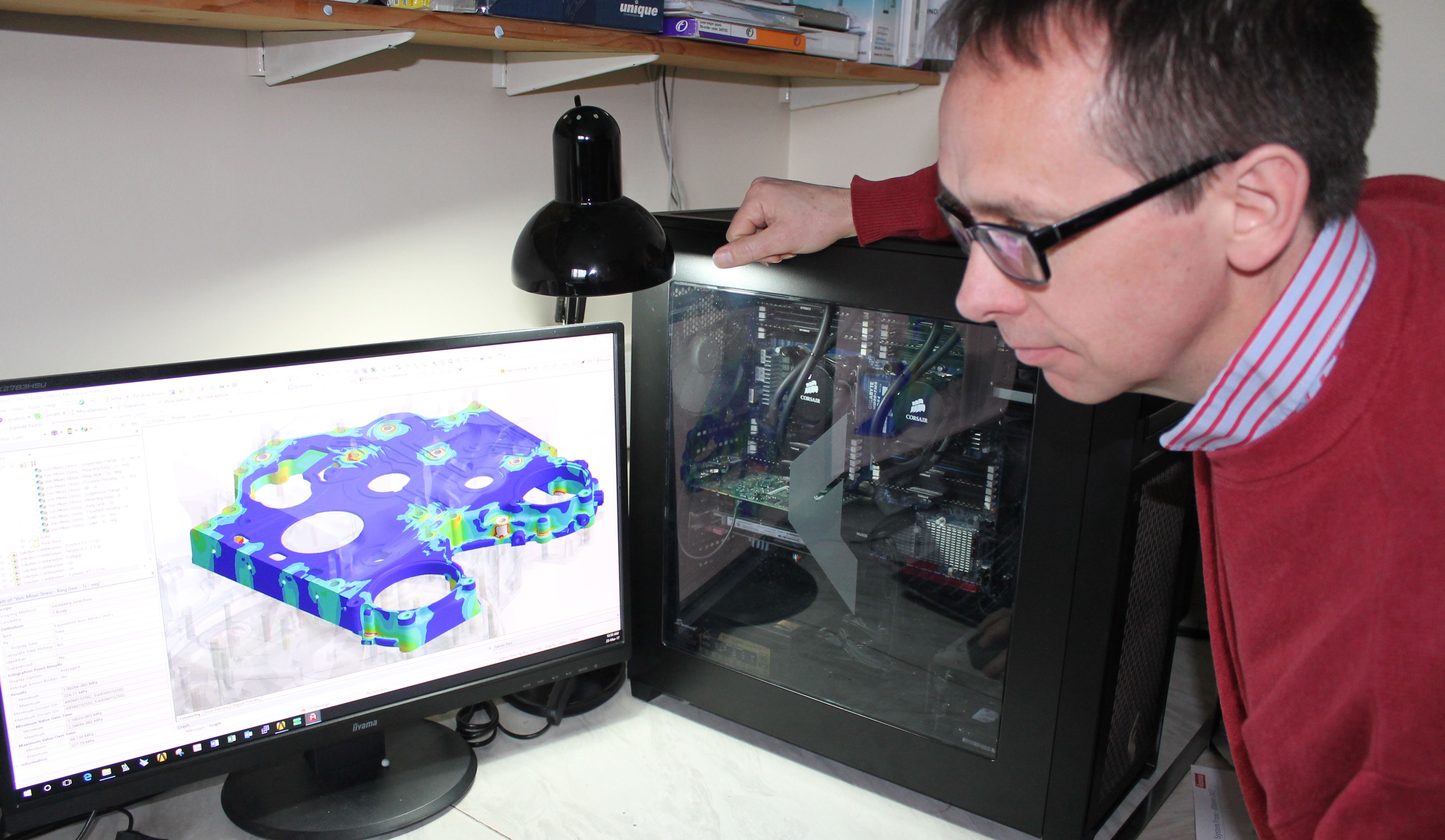