Home :: News & Events :: News :: ‘Made in the Borough’ Economic Conference is a success

A word of congratulations is in order for the newly formed Armagh City, Banbridge and Craigavon (ABC) Council in organising their first economic ‘Made in the Borough’ conference on Tuesday 9th June 2015.

‘Made in the Borough’ Economic Conference is a success

It was a conference that had the organisers, who excelled in their remit to promote the event, bringing in additional chairs and placing them around the outside of the conference hall. Over 200 business people packed the hall to hear the headline speaker and Minister for Social Development, Mervyn Storey MLA, outline the development and regeneration plans for the area.

Paul Trouton, Director and CEO of FUEL followed the Minister to the speaker’s podium having been invited to do so by UTV’s business editor, Jamie Delargy and briefly outlined the path of MCS Group now successfully rebranded as FUEL to reflect the quality and growth of the company. Paul then described the area of the new ‘super council’ as an historical business hub and called upon the Minister and the Northern Ireland Executive to learn the lessons of the Dublin Government who focussed business investment around Dublin rather than sharing the workload regionally. He suggested that the new ABC council area could be an Assembly focused business or industrial hub that would create further investment and employment fed by the excellent schools and training centres in the area.

Paul also called on the Northern Ireland Executive to create an ‘IT Hub’ in the area to attract Global ICT companies and used ‘PayPal’ who successfully set-up office in Dundalk, away from the main population of the capital, as an example of this scenario. Many of the guests expressed an interest in this ‘IT Hub’ idea over the networking coffee break and again at the buffet lunch.
Indeed, discussion over this idea continued long after many of the delegates had left and it is hoped that future forums are on the cards in the not so distant future to discuss and generate a planned approach for business and local government working together in the council area on this topic.

This was a great event organised by Cllr Causby and the Armagh City, Banbridge & Craigavon Council Economic Development team headed up by Nicola Wilson and Paul Kavanagh and then delivered by Kelsey Buck and Robert Hood of Hyperion and Taltus respectively

Ample time was given to attendee’s to network and chat about business throughout the morning and even during lunch many of the business networking conversations continued to take place.

Looking forward to attending the next one!! 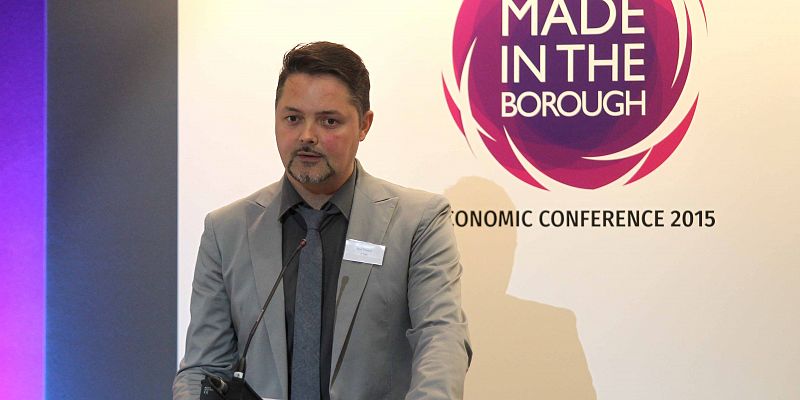