Dynamic firm FUEL deliver the smartest and best solutions for businesses’ IT requirements.

CEO Paul Trouton, who started out building computers to finance his Degree course at Queen’s in the 1990s, recently built the fastest computer of its kind for an aeronautical engineer, however, it is FUEL’s ability to implement High Performance software solutions to Northern Ireland firms that is pushing the envelope.
The company is currently completing its fourth installation of the exclusive SAP software having gone through an intense process to become the only SAP Business One Partner in Northern Ireland.
Paul Trouton explained: “SAP are like the ‘daddy’ of software companies. They’re “All-In-One” software solution was always too large for the most businesses in Northern Ireland.

“Five years ago, SAP decided to launch a product for the Small to Medium size Enterprises (SME’s) – SAP Business One. It’s brilliantly designed for all industries and purposes and is an ingenious piece of software,” Paul adds.

FUEL decided, with 24 years of experience in the industry, they would like to add an additional solution to their software portfolio, particularly for their manufacturing and food production clients who have particular needs around stock control and multiple component processes in the case of the former and compliance, quality control and traceability in the case of the latter. “SAP Business One was perfect for them,” says Paul.
He describes the process of being appointed an SAP business partner as akin to a 17th century courtship ritual, wherein the European wide firm set about investigating FUEL’s background before eventually inviting FUEL to make application to become an SAP Business One Partner.

Having several meetings both at FUEL and various London SAP Offices, and when they were satisfied that FUEL had the necessary ability, staff were sent for training in France, England and Germany and eventually, after an 18 month process, FUEL were awarded the partnership. “We are all about High Performance, and the SAP software is proof of that,” says Paul. “To achieve partnership was a feat in its own right.”
Eighteen months on and the word is out about SAP. “One of our installations which is just coming to fruition is for William Clarke Ltd in the north of the country.”
The Mid Ulster firm has been bought by an English businessman who has invested large sums to resurrect the mill to produce linen for his products. “It has the full software solution for the production of the linen,” says Paul, adding: “This product is the Bentley of the software world but it doesn’t cost anywhere near the same money.”
Another recent client makes use of the additional functionality in the software to help him with the traceability of dangerous liquids.

This Interview was published in 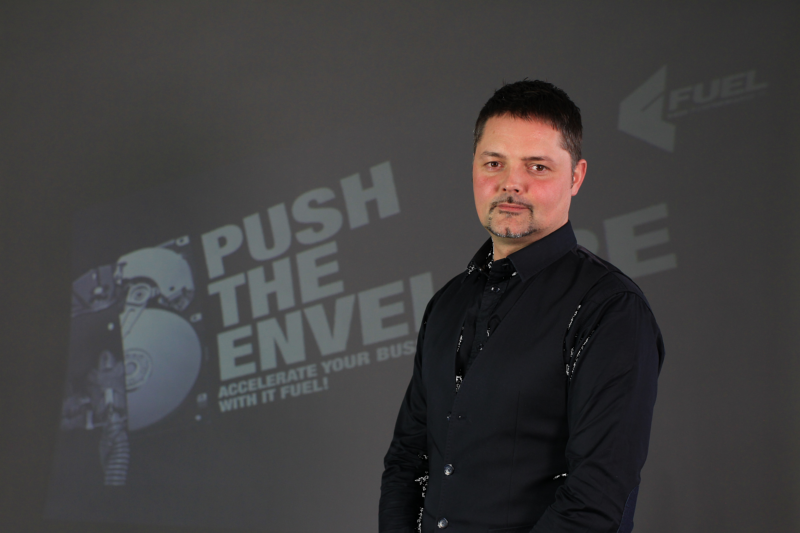