It was a day of memorable milestones for Colin Turkington over the penultimate weekend at Silverstone as he made his 300th BTCC race start and claimed an impressive 100th BTCC rostrum finish.

Winning for the first time at the home of British Motorsport, Turkington thrust himself right back into an intense 5 way title fight that resumes at Brands Hatch for the grand finale in less than two weeks time.

Having put in a strong qualifying performance in a typically tight session, Colin lined up in 6th position for the opening encounter of the day.

Races 1 and 2 proved critical to keep the points tally ticking over as he crossed the line in 5th and 8th place respectively in a car that was struggling for ultimate pace. It was the third race of the day before the Team BMR VW hit the sweet spot allowing the double Champion to deliver a commanding win. Starting from 3rd on grid Colin was immediately on the attack and took the lead with a forceful move on lap 2. After a brief safety car period Turkington made the perfect restart and eased out a 3 second lead before taking the chequered flag and his fourth win of the campaign.

A clearly delighted Colin left Silverstone with a skip in his step and excited to enter the final weekend as one of the main Championship contenders.

“I really can’t believe I’ve made it to 300 BTCC race starts; I still feel like I’m one of the young guns out there! It was extra special to mark this milestone at Silverstone with another win and I never imagined as a young boy with a BTCC dream that I would get this far, but I have enjoyed every minute of it.

The first two races were tough and we struggled with tyre degradation, but the team were brave enough to take a punt on the setup for Race 3 and it was a stroke of genius. I immediately felt the difference and knew I could push for the win. It was important to strike early before the others got up speed and even with the safety car closing up the pack I knew we had the speed to win.

I’ve worked hard at the last few meetings without too much reward so this win is a real shot in the arm for the whole team going into Brands. I’ll go there full of confidence and although I trail the leader by 32 points, in the BTCC anything can happen! I’m not prepared to let go of my title easily and I’m ready to give 110 per cent”

As the season reaches its climax Turkington arrives to Brands Hatch 3rd in the championship, 32 points off the summit with a maximum score of 67 points on offer. Rounds 28, 29 and 30 of the British Touring Car Championship will crown the 2015 BTCC Champion and will be aired live on ITV4 on Sunday 11th October. 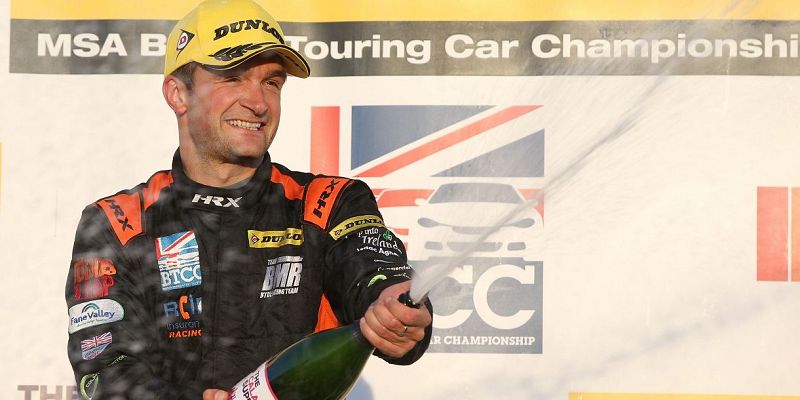