Monday 4th July saw a gathering of the Ulster Grand Prix fraternity at The Island Centre in Lisburn. FUEL – High Performance IT from Portadown, being the UGP Official IT Partner once again for the 3rd year running was present too in the form of Paul Trouton (CEO), Colin Turkington (FUEL Brand Ambassador & Double BTCC Champion) and Trevor Bingham (Business Development Manager).

The Ulster Grand Prix, known to all as, “The World’s Fastest Road Race”, will take place at the infamous Dundrod Circuit during Bike Week from 8th to 13th August, with the main race day on Saturday 13th.

Among the racing stars that were there, fresh from the Isle of Man TT races and who will compete in August at the UGP was British Superbike Star Peter Hickman and multiple TT winner Ian Hutchinson. They will compete with the likes of Michael Dunlop, William Dunlop, Bruce Anstey and reigning ‘Man of the Meeting’ Lee Johnston.

Both Hickman and Hutchinson, when interviewed by television Presenter Claire McCollum hinted that, with the right weather conditions, the lap record of 133.977mph could well be broken this year!

FUEL, as the official IT partner for the UGP, has already started preparation for the event’s IT infrastructure requirements. They will continue to build upon this right up to ‘Bike Week’, starting on the 8th August, when it’s IT engineers will be on-site to help in the smooth running of the event.

Colin Turkington, Double British Touring Car Champion and FUEL Brand Ambassador commented on the event: “The UGP is one of the highlights in the NI motorsport calendar and a big favourite of mine. It was great to be invited to the launch event on behalf of FUEL and meet some of the stars of the 2 wheel road racing world. There’s every chance records will be broken this year at the UGP and FUEL – High Performance IT will be there to capture it.” 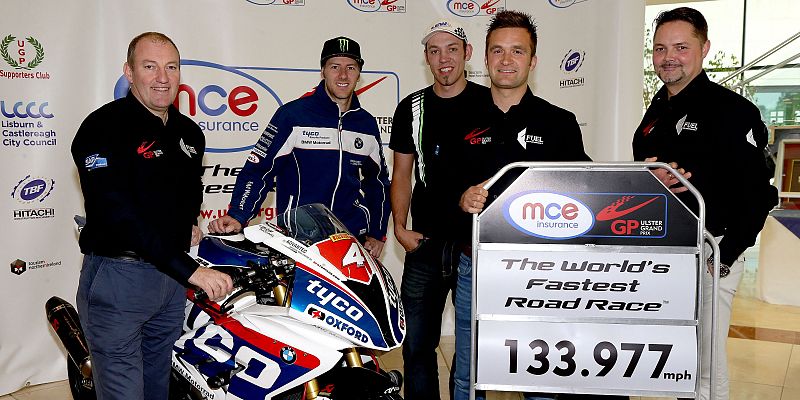