As the curtain fell on the 2015 British Touring Car Championship season Colin Turkington took to the Champions Podium full of pride after becoming the Independent Drivers Champion for a record fifth time.

Although he was ultimately unable to retain the overall BTCC Crown, Turkington was far from downbeat as he reflected on the 2015 season with a huge amount of satisfaction.

Arriving to Brands Hatch as one of five championship contenders was a superb achievement in itself and testament to the hard work put in all year. With 57kgs of success ballast onboard qualifying in 5th position was the perfect start to the weekend. A rapid getaway in Race 1 saw Colin immediately jump championship rival Shedden to 4th at the first corner, a position he would hold until the flag.

Turkington’s title charge in Race 2 ended prematurely as contact in the pack damaged the steering on his VW and eventually lead to a puncture on the final lap.

The pressure was on in the final race of the day as Turkington had to score enough points to retain his Independent Drivers Championship. Starting from the back of the grid and after several safety car periods, Colin cut his way through the pack to finish in 12th place, picking up the required points to secure the Title.

Turkington expressed his delight at claiming another Championship and his gratitude to Team BMR for a stunning first season.

“It’s been an incredible first season for me at Team BMR and one that I look back on with huge pride. At the start of the season I fully understood the challenges that lay ahead adapting to a new car going through a development process, but I was 100% up for the challenge and more motivated than ever to succeed. From day 1 we were competitive and getting my first win for the team at Donington Park was a real highlight. I’m immensely proud to pick up the Independent Drivers Championship for a fifth time, but also to see Team BMR win the Independent Teams and overall Teams Championship is a fantastic reward for everyone who put in so much hard work behind the scenes.

I fought hard to defend my 2014 crown and it’s never an easy moment to hand it over, but Gordon [Shedden] and his team are deserving champions this year. Unfortunately for them, on Monday morning we were back at the desk planning how to come back even better next year and reclaim the championship. That’s the nature of this sport – you can never just sit back and relax!” 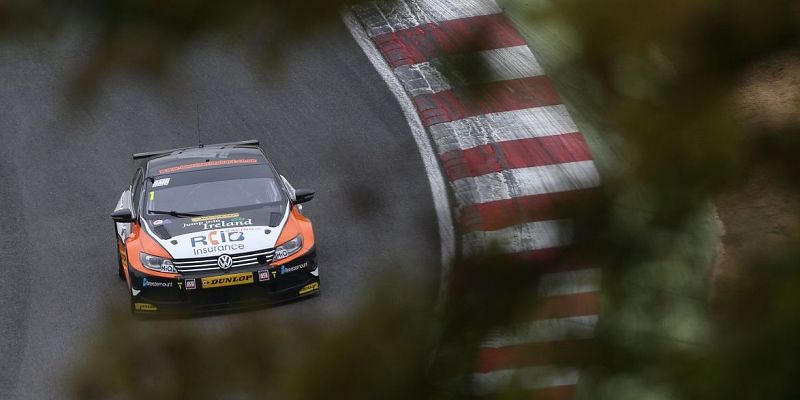