FUEL is commended at the IDI Design awards in Dublin

On Thursday 20th November the new FUEL brand was Commended at the Institute of Designers in Ireland awards event in the prestigious surroundings of the Marker Hotel on the Grand Canal waterfront in Dublin.

The Institute of Designers in Ireland is the professional body representing the interests of Irish designers. Its function is to promote high standards of design, to foster professionalism and to emphasise designers’ responsibility to society, to the client and to each other.

The Institute represents designers from different disciplines who practice in Ireland. Formed in 1972, the Institute is recognised at national, EU and international level as the representative body for the Irish design profession.

The FUEL rebrand was then on show in the IDI Awards Exhibition at the impressive North House, DIT Grangegoram building in Dublin from 13th – 27th November.

This year, the MC for the Awards Night was the multi-talented Paddy Cullivan, lead singer of the band Camembert Quartet. Paddy is a songwriter, blogger, comedian, sketch-writer and most importantly – a Visual Communication graduate of NCAD, and in his own words, someone who has had “direct experience of the mad world of design”.

It’s with great delight that we are able to announce that the Team Whitenoise was awarded the IDI Commended status in the Brand Identity Schemes category for 2014 which only goes to show how others agree with us that FUEL really is ‘High Performance IT’. 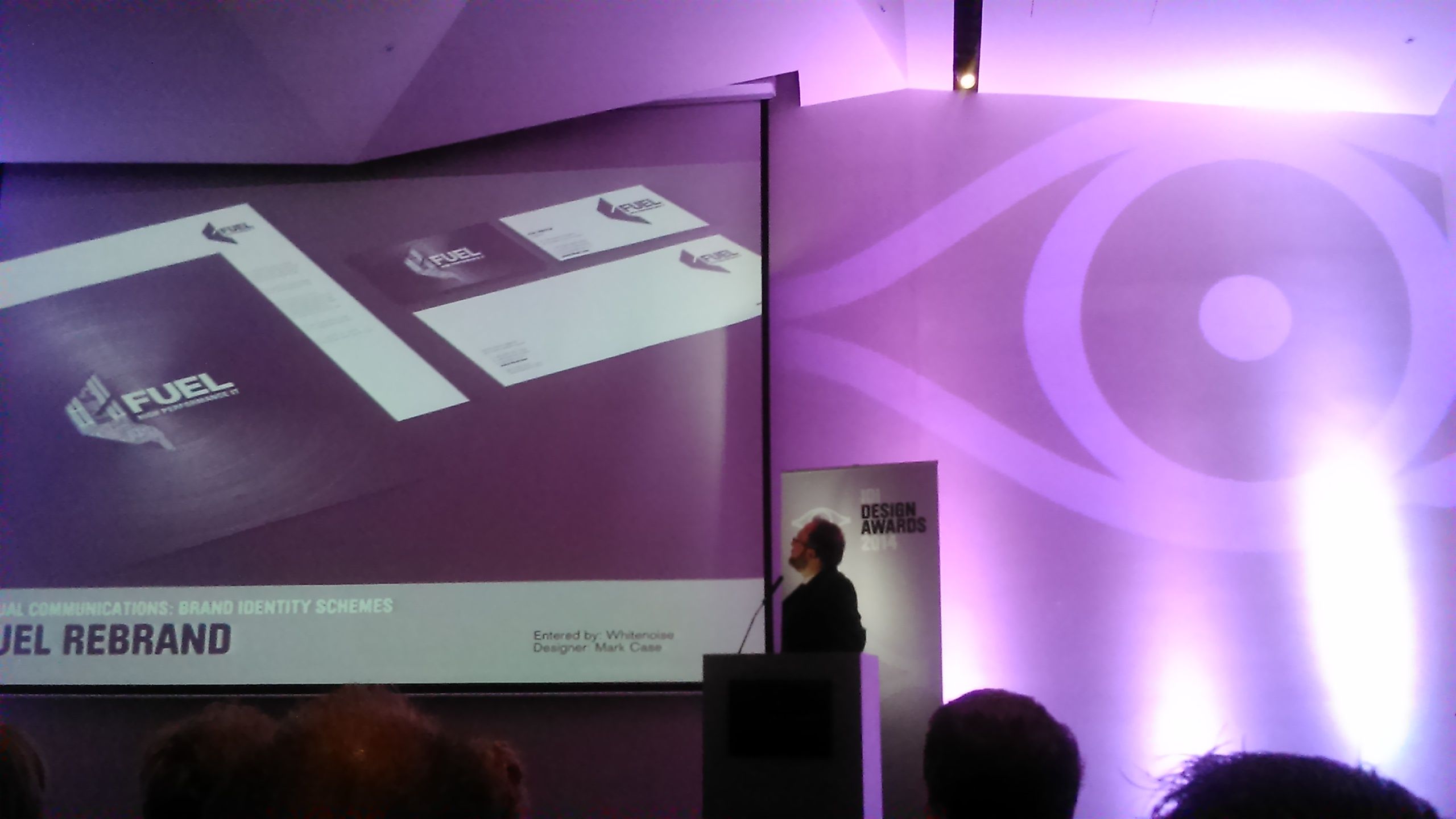