FUEL look to Berlin to strengthen its SAP Implementation team.

FUEL has just completed another successful year as an SAP Business One Partner. This success has not only been seen “at home”, the FUEL brand and the growth of the business is often a talking point throughout the corridors of SAP European headquarters

The FUEL/SAP installation team has been hard at work, implementing a number of significant SAP Business One installations, and with the addition of Fabian Toemmes from Berlin, many of the back office preparation tasks will be progressed for the company’s SAP consultants. Fabian joins FUEL during his internship from Elinor-Ostrom-Schule, a SAP University Alliance partner in Berlin, and is working closely with our post sales consultants. Fabian’s time at FUEL has been organised through his home university in Berlin and “Intern Europe Ltd” based in Belfast (www.interneurope.org).

Fabian has been working on SAP for two years now and brings to FUEL some alternative approaches from his experiences back in Germany. Fabian joined FUEL in mid-January and already has contributed to the FUEL/SAP implementation team and is looking forward to his future as an SAP Consultant.

Photograph above – from Left to right: 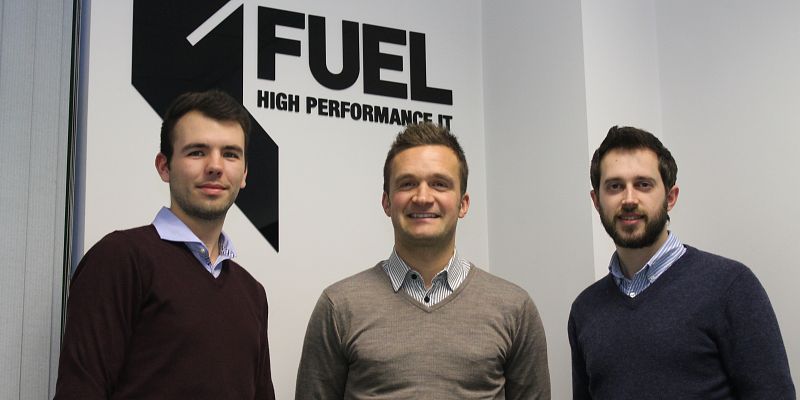